In this article, we will talk about some python projects for resumes. we’ll see some of the top beginners to advanced python projects for resumes. There are many companies and industries looking for great talent, and as we know there are so many applicants who apply for python developer jobs, hence building a good resume will give you extra benefits to you. And to build a good resume you should add some of your projects which also should be good.

This article will help you to find some good project ideas for your resume purpose and also building these projects will make you a better python developer.

Why Are Projects in Resume So Important?

If you have attended an interview, then you probably know that company asking for your resume where they can see your bio-data, your skills, etc. But what companies focus on most is in your project section where you have mentioned your project. They usually get an idea from the project about your skill and how much you know about it.

Most of the time if your project is good enough then the interviewer asks about your project and what have you done on that project. Basically, your project has a massive role with a massive advantage for the job. Now let’s see some ideas for great projects.

Honestly, python has a bunch of libraries to create many new things. Rock, paper, and scissors game project is a good game to learn many Python programming things. If you have learned how to create a command line interface application with simple text programs, you can then move on, you can learn about the turtle module.

The turtle module will enable you to create some graphical visualizations and with that you can create a rock paper scissors game very simply.

So this tic-tac-toe game will be really interesting, what you can do is that you can be one player and then the second player can be the computer itself. You can use something called a minimax algorithm, with which you can predict where should the computer put the next mark.

This is a very much popular game, a lot of people are creating this project. It’s very fun to create, and you’ll also learn how everything works in python you can use the turtle module you can also use the pygame module, depending on what you want to go with.

Think of it like this you are given one complete word which has let’s say seven letters, out of those seven only three letters are written over there. The rest all fill the blanks and your job is to predict what those letters would actually be. If you click on the right letter, then you will be approved and that letter will pop up over there, and let’s say you click on the wrong letter, then what would happen is that the hangman loses a life. And hangman only has like what six, to seven lives, after which it actually ends up dying.

Let’s say you have a laptop that you want to buy on Amazon or Flipkart, what you can do is you can just go to the inspect element of that particular webpage. You can find exactly the name of the laptop and the price tag, and then you can extract that particular information. And you can have it into your own program and with that, you can just check every once in a while exactly how the laptop is worth. And then you can think about if you want to buy it or not, so this would be like a great example with which you can learn how web scraping in python actually works.

This would be to create your own Twitter bot, now if you don’t know how to work with APIs. This would be a great example of how can you get started with it now Twitter gives you an API with which you can get a lot of information. You can do a lot of experiments with it take a look at it might take you some time to get that API key and access token, and all that but once.

You can create a Twitter bot that retweets all the tweets which has hashtag cricket in it right that would be a great example, that you can use to understand how the API actually works. Now you can go a lot deeper you can schedule your own Twitter tweets as well it depends on you, it depends on how can you imagine what you need to create, and then you can go ahead with that.

Personal finance project that is about tracking and budgeting and creating a dashboard of your personal finances. So in this project, you can use mint which is a personal finance management tool that allows you to aggregate all your different information from your bank account, from your credit card to your mortgages, and track all your transactions. It aggregates everything into the same place, so then you can download that information as a big CSV file, and then build up a dashboard. That tracks the metrics that you’re most interested in, for example how much money did you spend on buying plants by the way full credit for the idea.

Predicting Ethereum prices, if you’re interested in NFTs then you’re also interested in crypto because you have to use crypto to buy NFTs you will probably know that Ethereum is one of the most popular cryptocurrencies to buy. In this project, you’re going to try to predict Ethereum prices in the future, which hopefully can give you a little bit more clarity about Ethereum and trends of Ethereum and potentially.

So the skills involved python based on python as well as pandas the use of APIs, specifically why finance or Yahoo Finance like pretty much the only thing yahoo is good for these days. Time series analysis using a module called profit which was developed by Facebook how would I do this well first you need to get the data.

This is really how we got interested in coding. And this is creating stuff, 2d games. Now, personally, the games that I really like to do create our old Atari games or old kind of two-dimensional ones like a brick breaker, Tetris, space, invaders, stuff like that. One of my popular modules to do them in is Pygame. But of course, if you know, JavaScript, you can create something on the web. If you know, C++ or C sharp or something like that, you can do this in a game engine, maybe like unity. I don’t know. I just make Python games, but they’re fun to make. They teach you a lot. And they’re always a great project just because it’s really visual. And you have kind of a nice rewarding thing after that you can actually play and mess around with.

So you actually create something that can solve a Sudoku board. So I’ve created this project and I kind of did a combination of what I just described. I made the actual Sudoku game, so you could fully play it. You could, you know, pencil in little numbers, and then you could actually insert numbers into the board. And then any time you were stuck or that you just wanted to solve it, you could press the space bar and would actually automatically go through the board and solve the rest of it. So a cool project idea and something that definitely is kind of an impressive thing to throw on a resume or something that’s cool to talk about and show to other people.

This is an algorithm visualizer. Now I have to mention this project because it’s such a great thing to do. You pick something like a sorting algorithm or a searching algorithm or whatever it may be, then you just go ahead and visualize that algorithm. I’ll try to pop up some examples on the screen, so you can see what I mean, but this is always a fun project. It’s super visual. It looks great. And if you spend a lot of time on the design and the UI of it. It’s absolutely a really impressive project and something that you can show off on a resume, talk about at an interview, or whatever it may be.

1. Chess Engine or Some Advanced Games

Create a chess engine or a physics engine or some type of game engine. Now, to give you an example of something I’ve made that would relate to this category or to this topic, I created a mini golf game. But this actually uses real physics. For example, Golf Game, There was a golf ball, and you had a certain amount of power. You shot the golf ball with it. If it hit a wall, it would bounce off it, you know, followed gravity. It had projectile motion, all of that kind of stuff. Friction was implemented. So creating something like that is definitely really hard. It takes a long time, but it’s super rewarding and absolutely a really cool and advanced project.

The security system with Raspberry Pi. So using Raspberry Pi and using those kinds of microcontrollers. Anytime someone came by the Raspberry Pi, there was a little motion sensor that detected that it turned on the camera, it took a video or picture of the person. Then it used a face detection algorithm to determine who that person was. It actually stored a log of that. And then it sends an email saying, Hey, this person passed by this position. And of course, if you have multiple raspberry pies, you could set up a bunch of them and make your own little security system.

Now, the reason I’m recommending this is that it is really good practice. This is something that a lot of software engineers will need to do in designing an API. Although you could make a really simple one, it is definitely not easy, especially if you do it well.

And then you could take an API or take some web service, whatever you create and connect that with a bunch of different applications, you can have data shared in one main area. That’s also going to mean hooking this up with a database. It’s going to mean hosting it on the cloud and trying to get some domain associated with it. A lot of cool stuff, a lot of opportunities for learning, and definitely a great project idea.

In today’s article, we have discussed 15 Python projects covering all the three stages of programmers. These projects will definitely help you a lot and will be a great learning experience. But always try to go for simple python projects for resumes first and then increase the difficulty level. Starting from building an AI and ML-based virtual assistant to the game of Tic-Tac-Toe and a calculator are all on the list of possibilities. You can start building your python projects by looking at the already built models and then use your brain to improve the accuracy of the model or make your project more targeted. 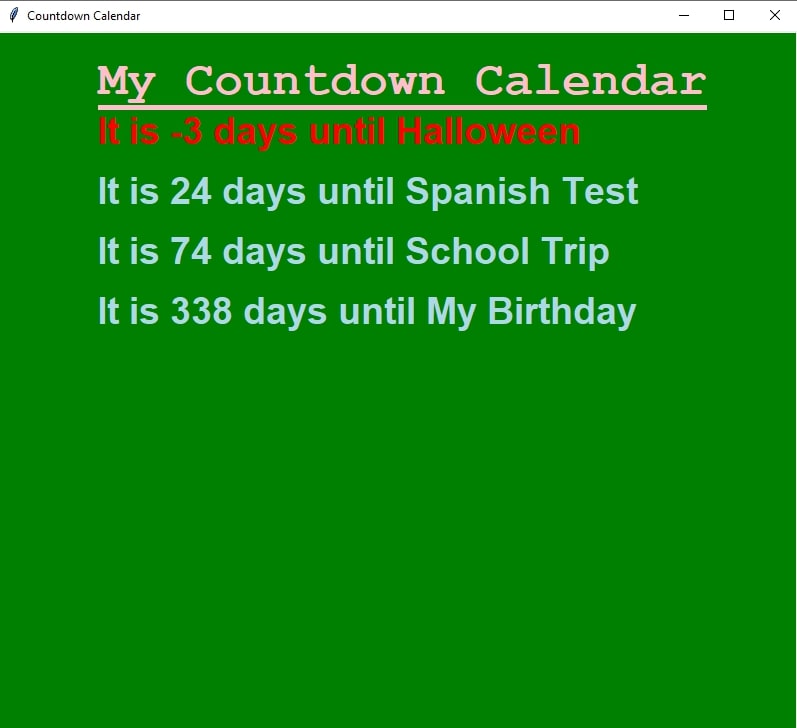 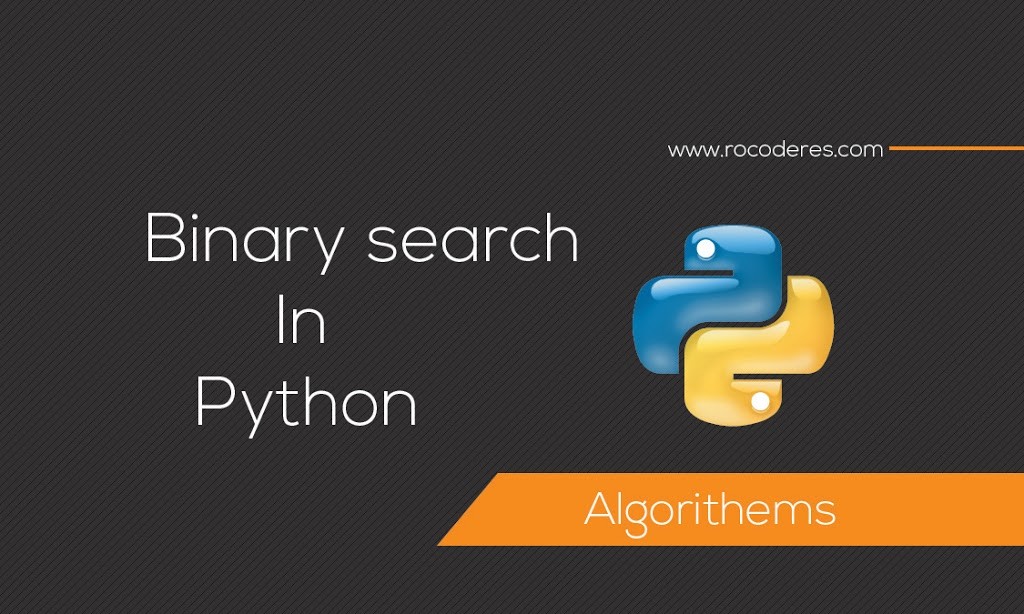 What is Binary Search Algorithm in python?